“Thousands of years ago, Indian Yogis possessed the knowledge to obtain the weapons of the gods. However, this knowledge could only be transferred from a Guru to his disciple by word of mouth. In today’s world, one mystic, who calls himself Guruji, still possesses this knowledge and is using it to empower an innocent person’s life. Only, this empowerment could be a deception and the innocent person is a thirteen-year-old boy with a stutter… In this intertwining tale, an ambitious yet unsuccessful Shankar, in search of his identity, is manipulated to embark on a never-told-before fantasy tale; only to rediscover the father he never knew and unmask the mystical Guruji. Amidst this confounding concoction of ancient myths, deluding personas and dispersed emotions, will Shankar ever be able to separate fact from fiction and find his true identity?” END_OF_DOCUMENT_TOKEN_TO_BE_REPLACED

What can you do but write and expect it to pass through the obscenity of the world? I come from a place where home is not a sanctuary but a cage and one prefers the scintillating sharp edges of barbed wire to the comfortable homes of a yet-to-burn colony.

My words, they tell me, will soon be overshadowed by the pictorial misrepresentations of situations people have preconceived notions about. And yet I sit here, trying to pierce through the thick hearts of those who can’t see beyond the imagery of a naked man in barbed wire.

“Nakedness is a sign of obscenity, vulgarity and something a commoner wouldn’t perceive as art.”

But do you see the metaphorical pain of a haphazard artist who thought to feel the cuts of a razor-edge wire as a way to show the world what my words are unable to? He bared his body and his mind to the world through the pictures challenging the repressive policies of Big Brother but what would you, the commoner know about it?

You would just look at the lines of his body and the shadows they cast and laugh about the girl who thought she could write something to sway your eyes on the black and white of the screen. But here’s to hoping I manage to do it.

The barbed wire mentality is not that of the ignorant who are too innocent to know any better. Nor is it of geniuses who know everything and thus, prefer not to interfere. It is mine and yours- the inbetweeners who shrug our shoulders when it is time to roll up our sleeves. It is the “what would happen” thought one discards right before burning down someone’s livelihood. It is the aftermath of a failure of conscience and the hundreds of consciousnesses it darkens along.

The barbed wire isn’t for the educated or the illiterate or the rich or the poor. It does not help the strong or crush the weak. I must say, there, it does not discriminate. But hate is an inevitable conclusion of fifteen streets closed with razor-sharp wires.

And fear is a tagalong that peeks out from the backseat.

I come from a city that has not burned in seventy-five years to the extent that it burns today. But it is the barbed-wire mentality that will decide whether the fire is for light or destruction. We are all prisoners of our minds and must inevitably surrender to our own subconscious thoughts.

Here’s to hoping we don’t become monsters in the end, too large for the cages that confine us.

The writer is the editor-in-chief of www.thestraightline.in 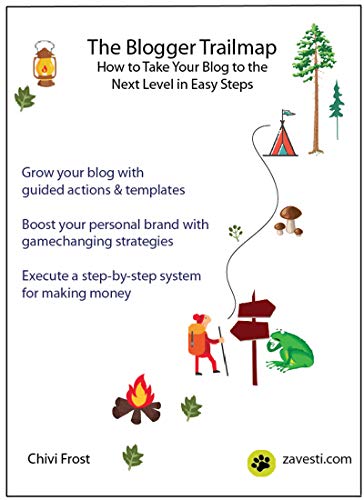 The Blogger Trailmap goes on like a post from your favorite blog. It encompasses all that it preaches in a way that you will find catch headlines, clear bullet points and templates for easy understanding. END_OF_DOCUMENT_TOKEN_TO_BE_REPLACED

No, this is not a birthday gift or a wish, since I know you’re too cool for all that. But I must say I haven’t been a really good friend these days. And yet you remain, right where you have always been on the hierarchy of friends. I know, I know, the list is stupid. You can’t rate friends as 1st, 2nd and 3rd but it keeps me sane to do so. And even when I call you by your first name or act all mean and rude and you’ve slipped down to number five because you ruined my New Year or disappeared for a month, the fact remains that you are one of my best friends.  END_OF_DOCUMENT_TOKEN_TO_BE_REPLACED

He never got noticed, but she did. He got trampled upon by the voyeurs who came for a glance of her.

He was quite down-to-earth, standing amidst sand and dirt, rolling around with the kicks of the people who occasionally did bend down to touch him, as if giving him hope- hope that one day he would be worth something too.

She was magnificent in her vastness, flowing with the wind and dancing to its tunes making a melody of her own that enticed people, enchanted them and wanderers looked with awe in their eyes at something quite beyond their embrace.

He would sit amidst thousands like him, noticing the one scratch, one shade, one shape that made him stand out from the crowd of all those worthless, shapeless sturdy fighters who were also struggling in the sand.

And yet, on days like these, he would feel like there is no difference at all, for the fate of them all was the same. Beginning and ending with the same handful of dust that it had emerged from.

She was stretched beyond imaginations to the places as far as eyes could see and often beyond that as well. She stood noisly alone, yet calm and composed with her worth imprinted on the faces of those who came from far and wide just to touch her.

There may be others like her, but none dared to step into the domain that was solely and unabashedly hers. When she was around, there was no way any entity could even come close to stealing away her spotlight. Her charm wouldn’t allow such a thing to happen.

Things changed after a while though and he grew more and more restless. She shrunk more and more into her shell. He wanted a way out. She was being reduced to a mere nothing.

And then there is today

She awoke to the spark of first sunlight that danced on her skin like a thousand diamonds. He felt it burn his skin as it got reflected off from her.

A girl came and sat next to this enchanting beauty with him right next to her feet. But her focus wasn’t on her but on him as she picked him up in her palms and touched it ever so lightly. She pulled her hand back and allowed him to fly for the first time in his life, rising high above all others, if only for a moment before he drowned inside her, falling deep and deeper.

And that’s how a pebble on a sandstone beach met the salty sea.

10 Oct 10:15 pm
You’ll have to stand by me and not disappear. Understand?
Stick with me through all of this.
She said as she grabbed his tiny hands and he shook with anticipation. END_OF_DOCUMENT_TOKEN_TO_BE_REPLACED

That belt you are wearing has holes to hold it in place. There is a tiny hole in the lock in which the key turns to unlock it. The fabric of the clothes that you are wearing also has millions of minuscule holes that allow what exists, to exist in comfort. You don’t keep birds in a metal box, you keep them in a cage to allow them to breathe. The pores in your skin are nothing but holes and empty spaces for moisture to be stored in. END_OF_DOCUMENT_TOKEN_TO_BE_REPLACED

There’s a bed I share with only me. The pillows that stay pay rent by soaking my tears and inhaling the curses and sobs I exhale onto it.
The quilt pays taxes to my body, hiding it from the world, it’s a good place to escape in. This bedsheet and mattress hold me together.. each piece of me that breaks, they take care of it proper till I’m ready to pick it back up and glue the stuff back to my skin again.
What I wouldn’t do to be thin again!
But the food I eat, delivered to me on this bed got spilt and scattered but that never mattered to me. END_OF_DOCUMENT_TOKEN_TO_BE_REPLACED

Every time I look at you. Every time you don’t look back. I think you could be what I need.

All these times I see you cradling a babe in your arms, picking up an old man when he falls, so gently, so silently, you come and go. I want you to come and never go. END_OF_DOCUMENT_TOKEN_TO_BE_REPLACED