The world is a wasteland. It always has been. Moshe, Amaru, and Reenu have never known anything other than the desert wasteland that raised them. When the rumor arises that something other than barren landscape could be out there, the three of them make haste for an abundant future. Upon arrival at this established society, the group quickly learns how and how not to get along amidst group dynamics and seemingly sinister mystery. The trials and social politics that Moshe, Amaru, and Reenu face teach them that some rules are useful and some are meant to be broken. Have a seat at Ecclesia’s Table.

END_OF_DOCUMENT_TOKEN_TO_BE_REPLACED 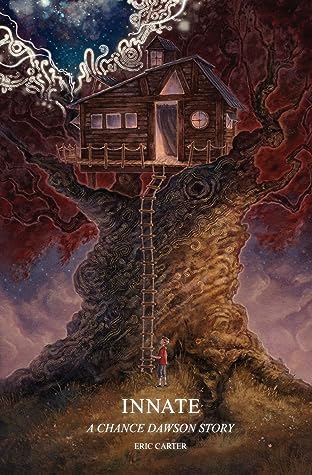 Chance has always done his best to stay out of the spotlight. He’s never been a star athlete or the perfect student. He’d never dream of being a hero. Chance’s reality is ruled by his disability. It always has been. According to the doctors, Chance’s best life will come from staying rested, stress free, and out of the way. But that’s impossible when the military unexpectedly shows up on the last day of school and recruits Chance’s brother, and some other students, to join a top secret military experiment. And then, a strange man appears out of nowhere and suggests that Chance’s disability isn’t a weakness at all. In fact it’s a power necessary to save his brother, and potentially the entire world.

END_OF_DOCUMENT_TOKEN_TO_BE_REPLACED 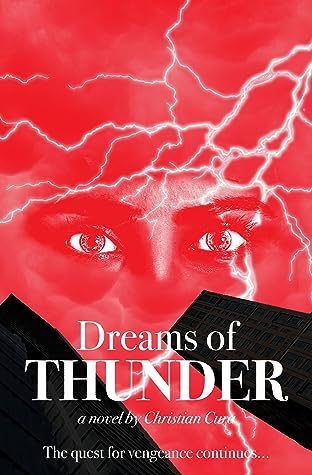 Magical outlaws roam free on the West Coast. The enforcers are stretched thin in their efforts to stem the tide of chaos. The Council headquarters is on the brink of assault, and the lives of the Council members hang in the balance. At the center of it all, is Saba Qureshi, a woman scorned by the draconian measures of the Council. They executed her grandfather and robbed her family of their status and fortune. Now Saba is coming for them and she’s not alone

END_OF_DOCUMENT_TOKEN_TO_BE_REPLACED 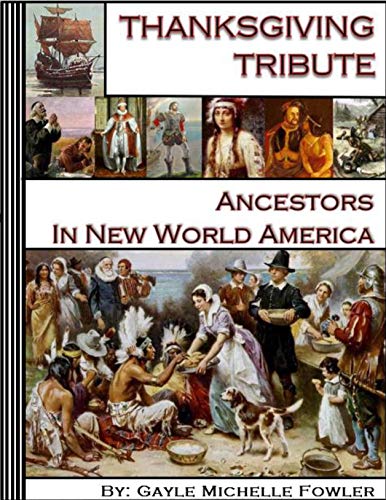 Through a granddaughter’s narrative, peek into the phenomenal triumphs that led to a “Gratitude Celebration,” a Thanksgiving tradition.
The story centers on William Brewster, ancestor to many, father of the pilgrims and the nation, who perseveres through dividing issues of his era. Living in an oppressive state that deems him an outlaw, he must hide before indenturing himself to servitude. Knowing the suffering endured by the tiny fraction who lived to tell of the horrific sacrifices it took to survive in the New World, he shepherded his family onto the Mayflower to voyage to undeveloped lands on a foreign continent to make a new home.
This short exposé connects the holiday feast to both of the first victorious American settlements Jamestown and Plymouth, covering Queen Mary and King James; notable sea captains during the pirate era: Newport, Smith, and Argall; First Nations Indians: the Powhatans, the Wampanoag and their chiefs, Powhatan and Massasoit, as well as crucial pilgrim allies Pocahontas, Namontack, and Squanto. Historical pictures provide visual accompaniment to an epic that passes on these early ancestor’s spirit of survival, hope, and actions for an amicable future.

END_OF_DOCUMENT_TOKEN_TO_BE_REPLACED 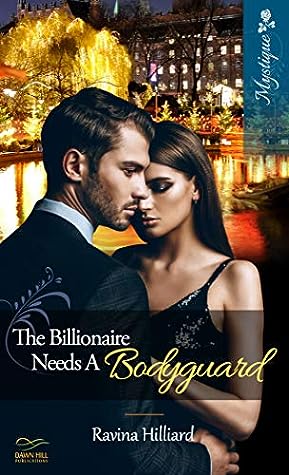 Alexandra “Lex” Granger is a private security consultant who has to go undercover to protect billionaire businessman Michael Thornton, pretending to be an escort. Michael does not think he needs a bodyguard, despite the death threats he has received from protesters against his takeover of a Danish company, but he does need protection against the predatory wife of the Danish ambassador. Lex knows that this assignment is dangerous, made more so because her client does not even know that he is being protected. END_OF_DOCUMENT_TOKEN_TO_BE_REPLACED 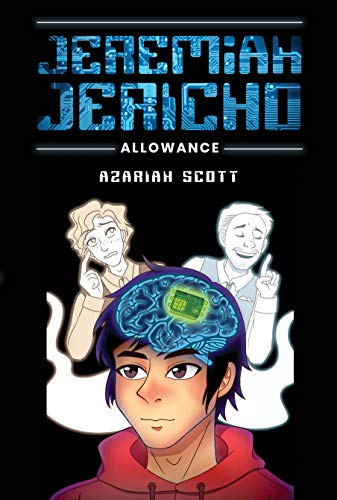 Jeremiah just turned 16 and found out that he inherited something from his dead father: a computer chip embedded in his brain. The chip gives him the ability to hack other people’s minds. The problem starts with an additional voice in his head from the chip, then his family’s hidden issues come to the surface, and, of course, the government wants the chip back under their control. All the things a teenager doesn’t want to be bothered with. Jeremiah has to make a choice to be either the better person his dad was trying to get him to be or just shrug it off and be as he wants to be, unbothered. END_OF_DOCUMENT_TOKEN_TO_BE_REPLACED 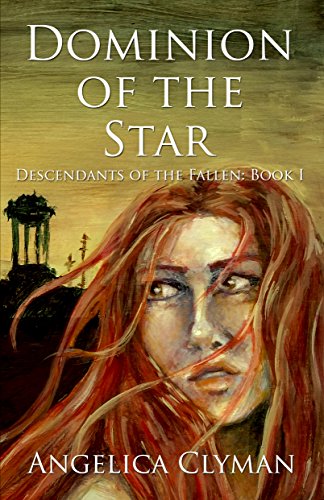 The totality of a solar eclipse lasts only a few short minutes. That’s more than enough time for an apocalypse to erupt.
Almost eighteen years have passed since the Eclipse changed the Earth forever, and Sebastian Za’in rose from the chaos and seized control, imposing his order on the broken planet. In a world ruled by fear and superstition, where all gods have perished, there is no one who can stand up to Za’in, the man rumored to be one of the Nephilim—hybrid offspring of Angel and Man. In a few short months, another Eclipse will occur, and while there are those who expect a new natural disaster, Za’in has plans of his own . . .
Completely unaware of this global turmoil, Kayla Steelryn has spent most of her life in a quiet village, longing to uncover her hidden past. When she leaves her home in search of answers, she finds herself faced with the truth about her identity, forced to choose between the two men she loves, and thrust into a conflict where she alone has the power to stop an event more disastrous than the end of the world END_OF_DOCUMENT_TOKEN_TO_BE_REPLACED 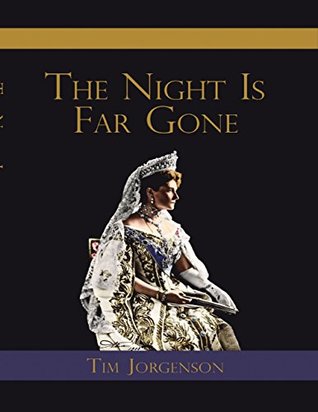 It is 1912 when a gentleman arrives at the gateway to the imperial hunting lodge known as Spala in Polish Russia. But Charles Sydney Gibbes is not just any gentleman—he is the Romanov family’s English tutor. Nicholas II, the most powerful and wealthy monarch of modern times, rules a nation spread across eleven time zones. Gibbes, who serves as English tutor to the Romanov children, has already gained the family’s affection. But as Gibbes dutifully teaches, a strange holy man begins orchestrating a chain of events that eventually lead to the loss of a war and the family’s wealth, their murders eight years later, and the abolishment of the monarchy. As Gibbes discovers the price of his loyalty, he also realizes that even when the book of history closes, the book of life never ends. The Night is Far Gone shares the historical tale of an imperial Russian family, its patriarch, and their loyal English tutor as they all attempt to find their way in a chaotic world.  END_OF_DOCUMENT_TOKEN_TO_BE_REPLACED 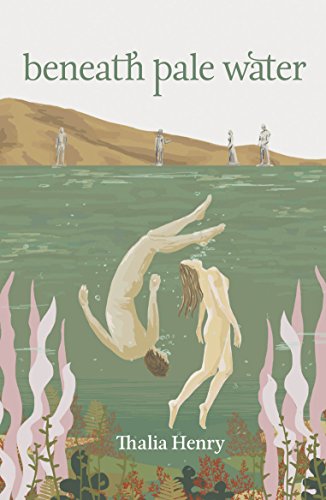 Set amidst the physical and psychological landscapes of New Zealand’s southern hills and grasslands, Beneath Pale Water is a social realist and expressionistic novel that follows a triangle of three damaged individuals – a sculptor, a vagrant and a model – who have grown calcified shells against the world. Their search for identity and belonging leads them into dangerous territory that threatens both their sanity and lives. As their protective shells crack they are left vulnerable – both physically and emotionally – to the high country winds and their own conflicts that, ultimately, might free – or destroy them. END_OF_DOCUMENT_TOKEN_TO_BE_REPLACED