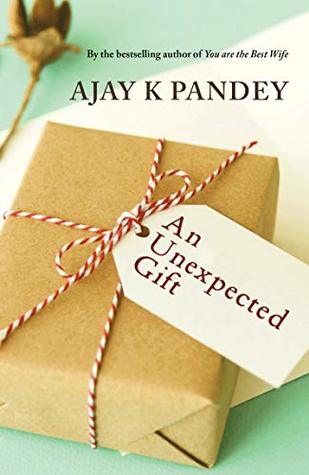 ‘Giving up is not an option when someone calls you mother.’ Abhay, still struggling with the grief of losing his wife, is unable to cope with his job and the care of his toddler son. So, when the mysterious Sheetal enters his life, applying for the job of looking after Ayush, he is thrilled. All Sheetal has ever wanted, even as a child, is to be a mother. Circumstances mean that she might never be one. The almost instant bond between her and the young boy is balm to her soul and like a godsend to Abhay. Still, something about Sheetal nags at him. She seems perfect, but why is she so reluctant to show him her identity card? What is she hiding?

An Unexpected gift is much like other books of Ajay K Pandey. It has all the emotions, likeable and relatable characters as well as a social theme around which the plot revolves. I have already read his book “You are the best wife” and though I am not much into romance, I still enjoyed it. With this book, it was completely different. Abhay has lost his wife and is looking for someone to take care of his son. Sheetal can be the best mother and instantly bonds with the kid except that she’s a transgender. The book very rightly dealt with the theme of homophobia and how difficult it is for transgenders to live a life of dignity.
The story is fairly beautiful and the writing is easy. I expected better prose but unfortunately, that’s a rare sight in books by Indian authors. It is an enjoyable read though and one can easily finish the book in one sitting. Abhay’s grief of losing his wife, his worries for his child were all very visible and I enjoyed reading about the emotions of a man because most of the time, authors get it wrong in writing or it isn’t highlighted enough. These are some of the aspects that really made me like this book.