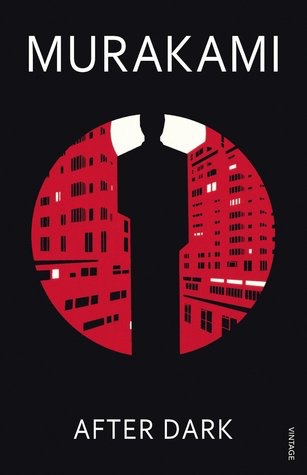 The midnight hour approaches in an almost empty all-night diner. Mari sips her coffee and glances up from a book as a young man, a musician, intrudes on her solitude. Both have missed the last train home.
Later, Mari is interrupted again by a girl from the Alphaville Hotel; a Chinese prostitute has been hurt by a client, and she needs Mari’s help.
Meanwhile Mari’s beautiful sister Eri sleeps a deep, heavy sleep that is ‘to perfect, too pure’ to be normal; she has lain asleep for two months. But tonight a the digital clock displays 00:00, a hint of life flickers across the TV screen, though the television’s plug has been pulled out.
Strange nocturnal happenings, or a trick of the night?

This book proves me right when I say Murakami is one hell of a writer. The whole book takes place in the after hours when most ‘normal’ people are asleep and some restless souls are out discovering means to stay occupied. The plot is simple and there isn’t much that happens in the book. Yet I felt this book to be quite different from ‘South of the border, west of the sun” and other of Murakami’s works. The atmosphere is same. The cafes, Tokyo life, jazz music and wonderfully unique characters.
But there was something special about how the story moved. I was enjoying the book one line at a time, savouring all the words.
I felt like the unknown entity that watched Eri Alsa as if I was another intruder watching the lives of these characters without interfering. From the beginning, the story had me intrigued with the descriptions of Mari and then her conversation with jazz trombone guy.
From there, things only got weirder and better. By the end, there were too many unresolved issues and yet the book left a memorable impression upon my mind. This is the sort of book you can re-visit on a lonely day to be comforted. Since there IS comfort in the unsettling lives of these characters. Plus, the magic spell Murakami’s words cast doesn’t fade away.
Those surreal words filled with darkness and melancholia feel like a home to me. It isn’t a story that he tells through this book. just events of one night that take us from a cafe to a love hotel and a company office. And yet within the time frame of that one night, a lot happens and after I finished the book, I felt like the actor in one of Murakami’s stories ‘Drive my car’.
When you are reading Murakami, you become a different person entirely and after the novel is finished, you go back to being yourself. But what you leave and what comes back is never entirely same.
Additionally, since the events of this novel take place at night, we see raw and real emotions of our characters that are often hidden during the day because Nights just tend to make us vulnerable. The real time for introspection and unfiltered thoughts to come out.